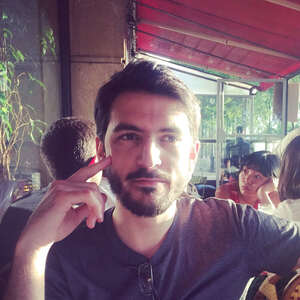 I recently had to setup cgit with nginx on Arch Linux for https://siosm.fr/git and it took me quite some time as I was not familiar with cgi, fcgi, fcgiwrap, spawn-fcgi and had no idea how they worked together.

Moreover, most of the howtos I found on the internet where using custom init scripts or perl scripts which didn’t feel really right and maintainable. On Arch Linux we won’t even have to compile anything from source as all the required packages are available in the repositories:

I chose to copy cgit.css and cgit.png to an other folder (/srv/cgit) to be able to easily edit them but you can keep the default location (found using pacman -Ql cgit).

So how do we setup cgit with nginx ? nginx seems to only support the FastCGI protocol so we’ll need something to make the link between cgit and nginx as cgit is a “cgi for git”. Here comes fcgiwrap, which will “serve CGI applications over FastCGI”. Reading the manpages, you may notice this line:

The recommended way to deploy fcgiwrap is to run it under a process manager that takes care of opening the socket.

Most probably you will want to launch fcgiwrap by spawn-fcgi using a configuration like this: …

So let’s have a look at spawn-fcgi. It’s a daemon that will take care of setup for our fcgi applications. As we’re now using systemd, here is a sample fcgiwrap.service systemd service unit file which can be copied in /etc/systemd/system:

This config uses a local unix socket, restricts user and group to http and will handle FastCGI requests from nginx.

I then configured nginx with this extract from /etc/nginx/conf/nginx.conf:

You will then have to tell systemd to reload unit files and to restart nginx and fcgiwrap:

I’m also using gitolite and the git-daemon to manage access to my repositories. The configuration for gitolite is clearly detailed on the gitolite wiki, but the git-daemon is not securly configured by default as it is running as root.

Thanks to systemd, we can easily use socket-based daemon activation here. Thus I copied the git-daemon@.service file (not git-daemon.service) to /etc/systemd/system and modified it to increase security:

We can now enable the git-daemon socket with systemd and it will spawn git-dameon instances for us:

So what’s the lesson learned this time? RTFM. I clearly did not read the manuals carefully enough and wasted a lot of time. The only thing that wasn’t in the manuals was the rewrite rule for the nginx configuration.

Comments are disabled on this blog but feel free to start a discussion with me on Mastodon.
You can also contact me directly if you have feedback.

OpenSSH client side key management for better privacy and security

If you have read the ssh whoami.filippo.io post by Filippo Valsorda and the related whoarethey: Determine Who Can Log In to an SSH Server post by Andrew Ayer...

In this post I will discuss how we made community maintained container images for common Linux distributions available for use with toolbox (and distrobox) a...

Initial support for rpm-ostree was added in Discover as part of a Season of KDE 2021 project that was completed by Mariam Fahmy. Unfortunately, we hit some ...